CAN WE TURN OFF THE NEWS FEED?
Watch the trailer of the film:
Clicca qui per vedere il trailer di Slow News con i sottotitoli in ITALIANO. 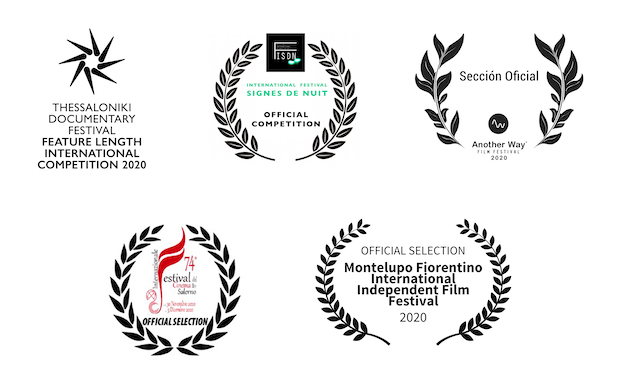 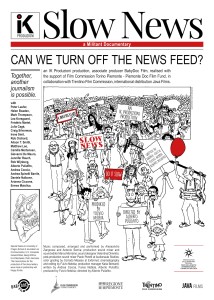 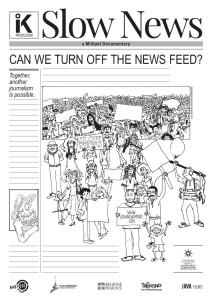 Chemtrails, anti-vaxxers, Trump’s tweets, viral videos, viral outrage, breaking news: we are drowning in information overload. Every 60 seconds we share millions of items on Facebook, we watch millions of videos on Youtube and TikTok, we write billions of tweets and WhatsApp messages. Fake news outlets sometimes break real stories. Trusted newspapers sometimes run fake news. People believe everything and nothing at the same time. Our brains cannot process all this information.

Can we change it?

All around the world small crews of freelance journalists are creating an alternative. Rob Orchard and his Delayed Gratification in England, Frédéric Martel in France, De Correspondent’s crew in the Netherlands, Lea Korsgaard and her Zetland in Denmark and many others. They do not know each other, but still they want the same thing: to slow down.

Meanwhile, in Milan, four independent journalists meet professor Peter Laufer, from the University of Oregon; he is the author of the Slow News manifesto, inspired by the Slow Food philosophy and adapted for journalism. They have a mission: to connect the dots. Which means reaching and connecting all those journalists who believe in “slow journalism” and in the key role of journalism for the defense and maintenance of democracy and freedom. A crucial battle at a time when these values are under attack everywhere.

All these people’s paths are about to cross: will they build something new together?

“If you want the trust of the public, you have to begin by trusting them”
Mark Thompson, CEO The New York Times Company

Slow News is an ensemble documentary film about a key international issue: information in the age of fake news, post-truth and populism.
Slow News is a journey across Europe and North America, to discover the lives, challenges and ideas of some people who are trying to change things.
In the end, Slow News is the story of the battle for the defense of Democracy and Freedom; a conflict that is fought with the weapons of information in today’s society.

“You can do viral stuff responsibly.”
Craig Silverman, Media Editor for BuzzFeed News

“Slow News” tells a story that concerns us all, I am deeply certain of this. In these “director’s notes”, which are very personal, I try to explain why.

When I first thought about this documentary, I had come to a crucial point in my life as a journalist, director, father, person. Every day, for twenty years, I’ve been working and living with content. I write, I shoot, I read, I watch, I tell stories to my children. Every day, like everyone else, I’m literally overwhelmed with content: words, images, sounds reach me at all times of my existence.

It’s a path that seems both irreversible and irresistible: we’re going to an infinite entertainment world, a seamless information flow. 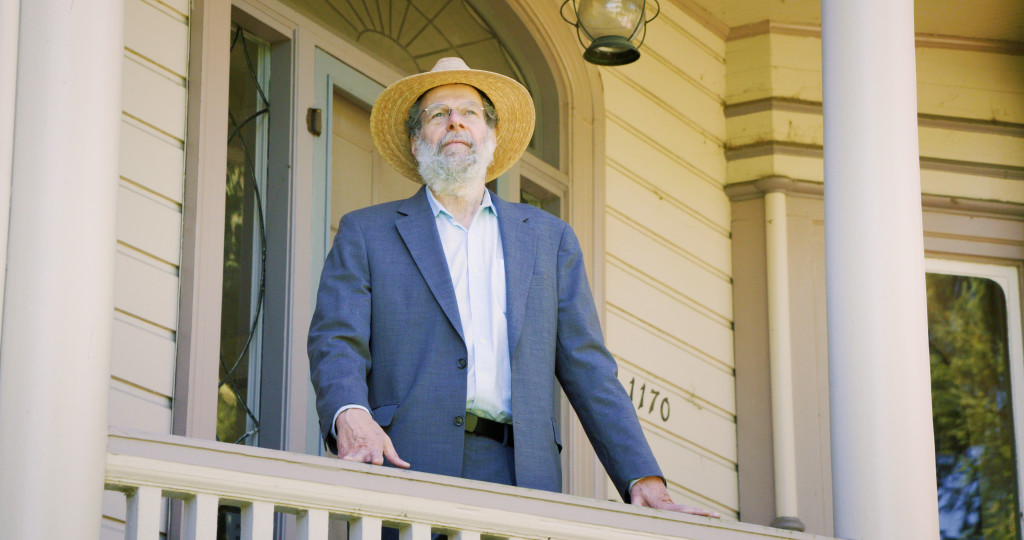 Today I do not remember where I read news for the first time, and that takes away the value news had once. I find no satisfaction in following a *live broadcasting *about a breaking news, neither as a journalist nor as a reader or spectator.

I feel anxiety and annoyance for the apocalyptic tones used and the sense of frustration when I realize that the facts that you have to deal with are too volatile to handle them seriously.

From a professional point of view, I realized that everyone has become a potential producer and even a potential broadcaster. We produce content that has never been produced before, with ever lower costs: they have become a commodity. As a person who uses social networks, watches television, reads, I can no longer support the entertainment that blends into journalistic information. And the information overload is scary: in sixty seconds, a quantity of content that the human brain can not process is produced and scattered. How do I think that my movie, my picture, a text can really compete in terms of attention with everything that is written, photographed and shot? 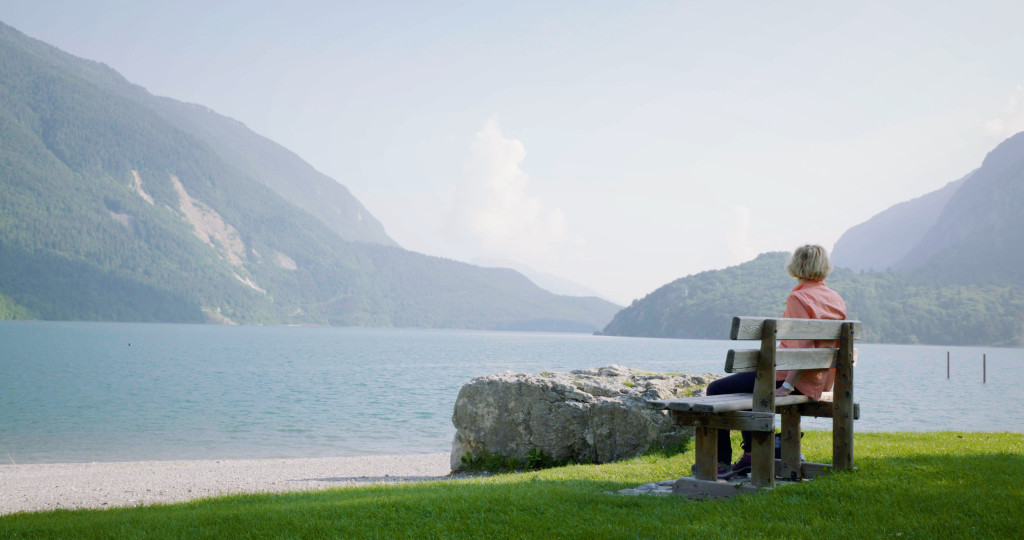 Time is our only treasure and content expand to occupy it as much as possible. Content are gaseous. This uninterrupted flow has consequences on the world we live in, on society, on our behaviours. Breaking anxiety generates convictions that consolidate in the long run: there are people who really think that a refugee is being given money every day. That the Munich shooting was carried out by an Islamic fighter. But for many years we have also been convinced that there were weapons of mass destruction in Iraq. And for centuries, Constantine’s donation was true.

In this scenario, contemporary journalism has enormous responsibilities and would have an extraordinary challenge to tackle. But it seems to prefer to strike behind position earnings, to blame social networks or ignorant readers or who knows what another enemy. 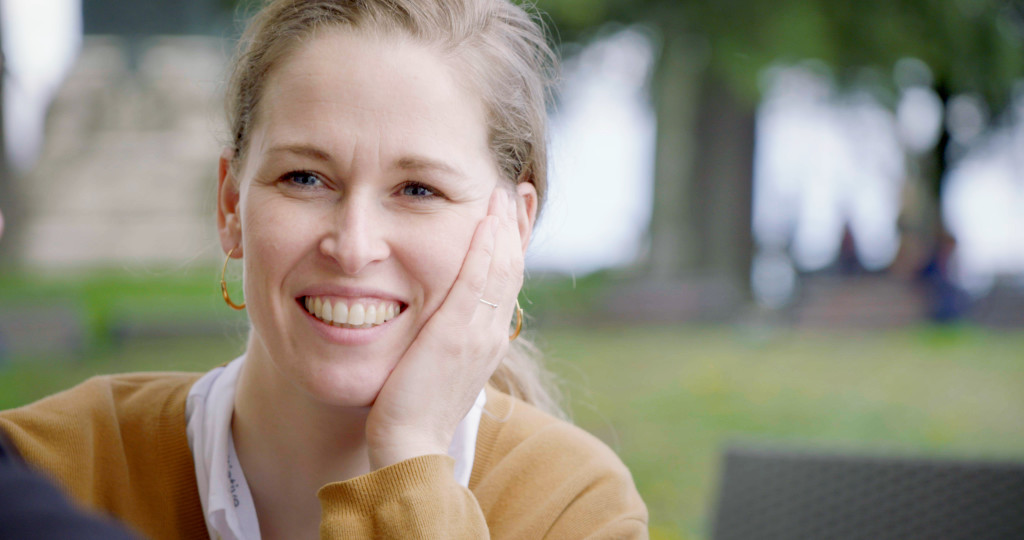 So, here are the questions I started to ask myself. Is this infinite news feed toxic? Content amount and speed can be stopped? Can we slow down? Do we really have to be obsessed with “clicks”, we really care about how many readers are reading us, how many people do we know. “Likes” are important? Do we really live in the post-truth era? What is the “fake news” label? Have we invented them with the web? Do we have to blame Facebook for hoax spreading? Has journalism lost its social role? Can you curb the flow, the viral spread of irrelevant or incorrect issues? What are the social bodies we can create? And then, why should all this affect anyone?

The last question has an easy answer: it should concern anyone because knowledge means power and freedom. And because the unspoken mass of content makes learning more and more difficult, almost impossible.

But paradoxically, this is particularly true on the web: in that portion of reality that also contains opportunities to build an alternative.

These thoughts inspired me to imagine this documentary. It is an urgent matter that has much to do with real life, with people, with words and images and the consequences that words and images have on us all. In other words, it is a vital urgency. 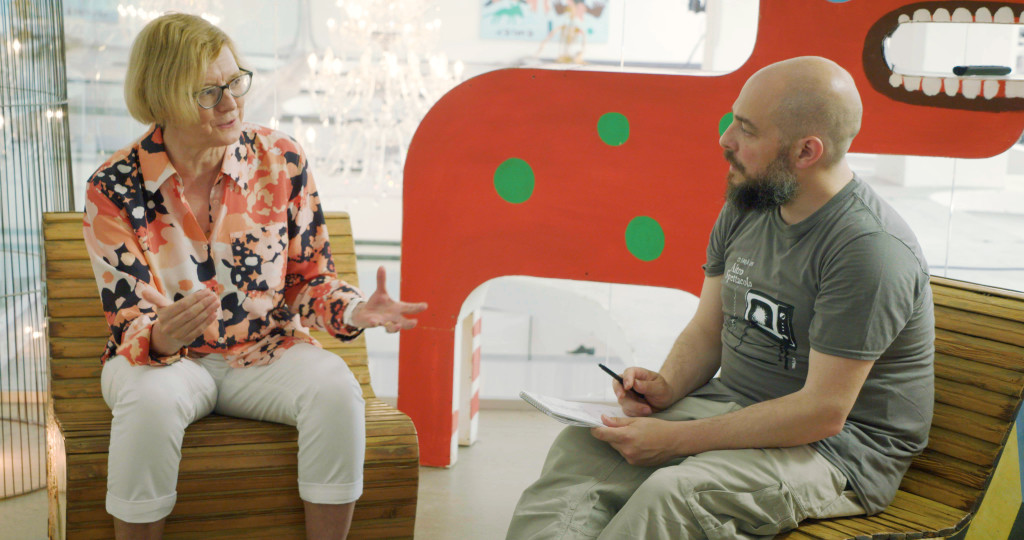 “Slow News” is a contemporary story, a look on reality. It is an analytical documentary film, with a “destruens part” and a “construens part”: arises from the awareness that digital is one of the concauses of the crisis of journalism. But at the same time, it is in the digital world that there are chances to get out of this crisis, because the web is an ecosystem and, like all ecosystems, contains prey and predators, problems and solutions. Because the digital world is real. Digital is part of reality and as we shouldn’t demonize it. Digital is a medium. Men and women acts.

“Slow News” is a journey around the world, looking for all those journalistic realities that have chosen to slow down or be “viral responsibly”. 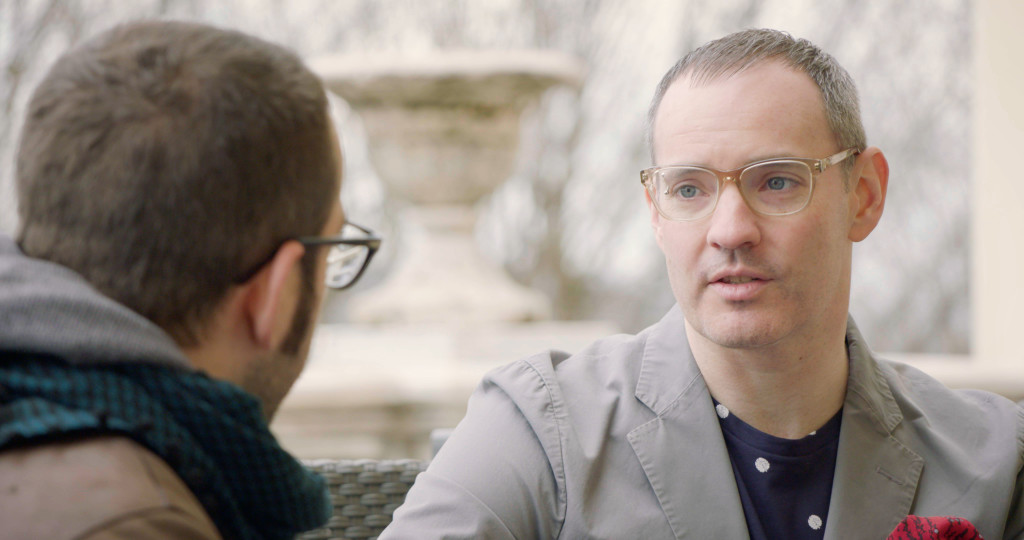 “Slow News” proposes through the flow of images the tremendous amount of stimuli we receive daily, destroying bad news practices, their senseless speed, their dramatic consequences, with a realistic, tight and fast editing. At the same time, it builds meaning and spaces of reflection with openings, more austere moments, long fields, shots that create temporal places where to stop and reflect. Just as the advocates of slow journalism in the world have created a movement — sometimes unaware — that it stops and makes slowness and deepening a value, the only one to pursue.

In spite of Scythian intentions, however, two opposing worlds are proposed: Slow information and the great players of the Silicon Valley, the so-called Over The Top Companies, which aspire to an increasingly pervasive role in the lives of each of us, which can monetize user generated content, which monopolize the content discovery and the customer journey on the whole internet. Between these two words, the newspapers have been crushed by a business model that forces them — by choice, it is clear, and because of the lack of will or strength to adapt flexibly to change — pursuing quantity rather than quality, clicks, bite-and-run readers, all at the expense of added value and journalism itself. 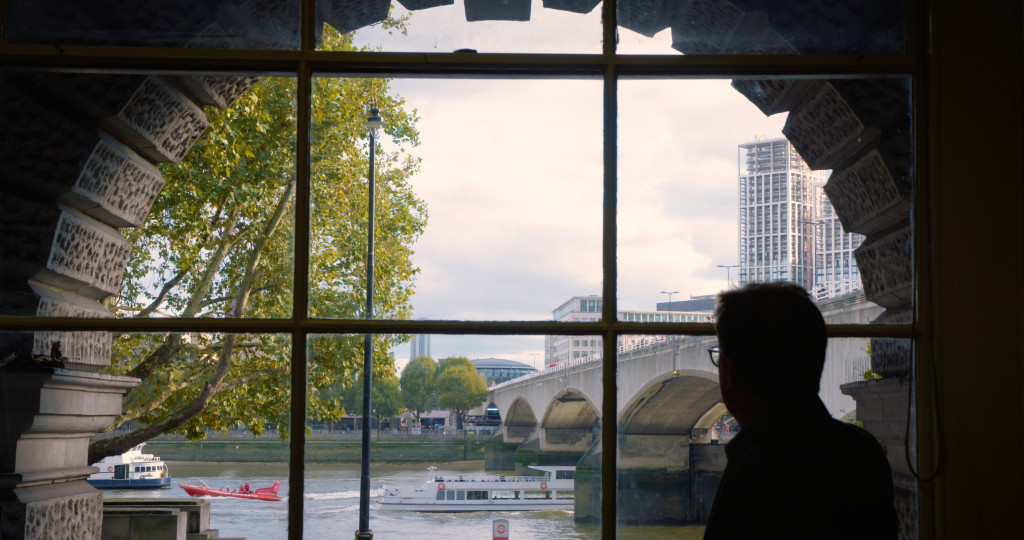 Without yielding to resentment or trivial simplifications, the intent is to propose a breakdown of reality on a crucial topic such as information, to tell the state of the art and to propose a radically different pattern from what has gone into the Western world, because this pattern has a short breath.

I think we need to talk about these issues not to the news professionals, but to the public. We have to speak to those readers who are increasingly frustrated with the invasion of superfluous, unverified, mediocre content when not absolutely insignificant, useless, even damaging.

“Slow News” is something more than a title, a trademark, a label, a documentary.

It is a way of thinking, dealing with contemporaneity, looking to the future, and without losing the past. 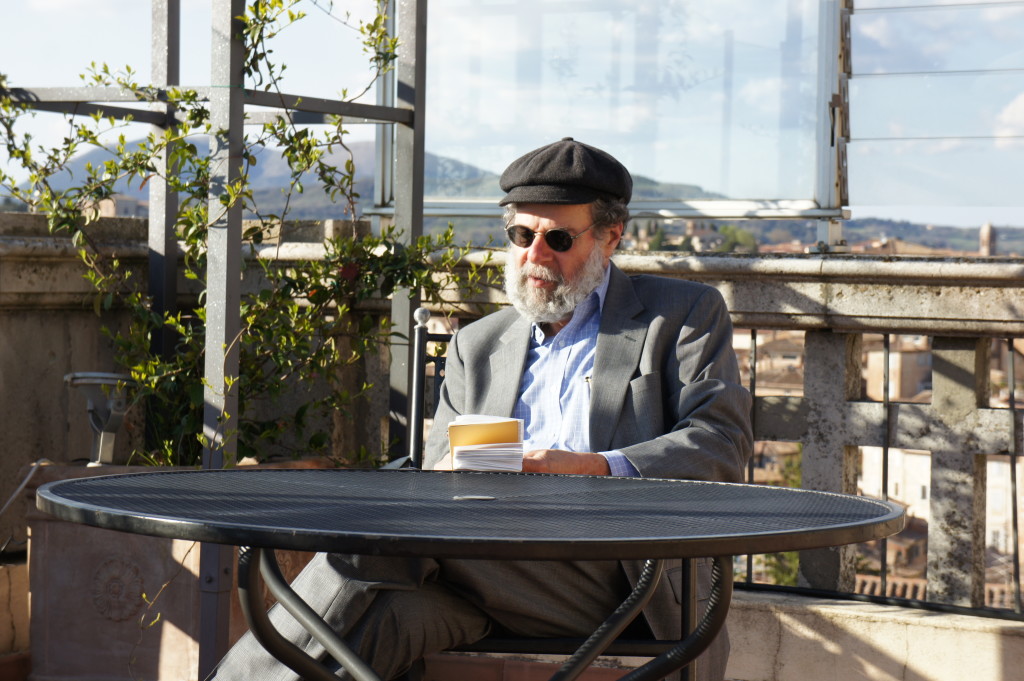 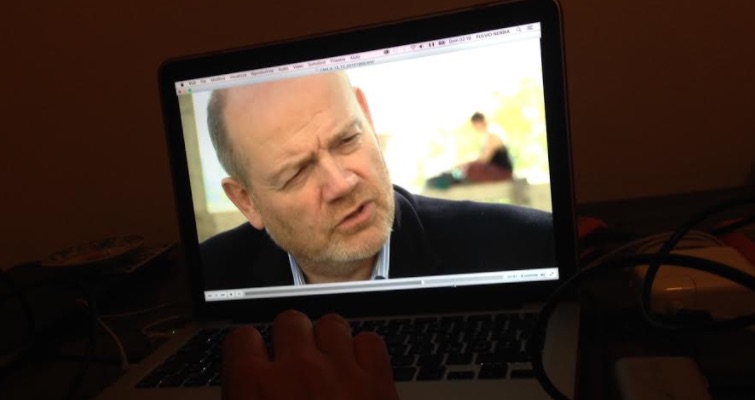